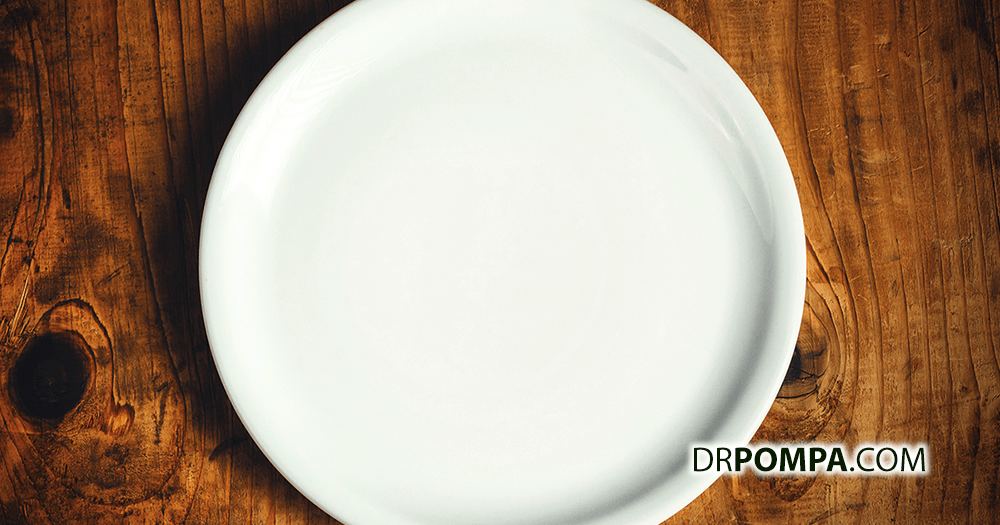 When it comes to combating the obesity epidemic, the entire premise of treatment is incorrect. Modern medicine attempts to cure various ailments of today using an outdated approach:

In the 19th and 20th centuries, infectious diseases like cholera, smallpox and yellow fever were the major threats to people’s health. In order to combat these illnesses, antibiotics and penicillin were administered to needy patients. This was the beginning of the “one disease, one drug” treatment philosophy.

While giving someone a drug to cure them may have worked in the past, it is not as effective when dealing with diseases like obesity, heart disease, Type 2 diabetes, and others in the 21st century. These are dietary diseases, and the best form of treatment is getting to the root of the problem (R1). In other words, instead of looking for the latest drug, the best form of treatment is to fix cellular dysfunction and incorporate ancient healing strategies such as fasting.

The Real Cause of Obesity

According to the CDC, more than 34% or 78 million of U.S. adults are obese, with obesity being a major factor in diseases various diseases, including heart disease, stroke, Type 2 diabetes and some cancers.1 Worldwide, obesity rates have increased as well: A study led by Professor Emmanuela Gakidou of the Institute for Health Metrics and Evaluation at the University of Washington found that obesity among adults increased 27.5% while obesity rates for children and adolescents increased by 47.1%2

In today’s society, consuming too many calories is believed to be the cause of obesity. People are advised to eat a low fat, low calorie diet and replace healthy fats with man-made fats and artificial sweeteners to maintain a healthy weight. Ironically, counting calories and eating a low fat diet was unheard of 200 years ago, and obesity was practically nonexistent as well.

While many believe the inability to lose weight or sudden weight gain is due to an excessive amount of calories, that’s just a symptom of the problem. In order to fully understand weight gain, it’s important to get to the root causes:

Insulin. Insulin is a hormone made by the pancreas that allows the body to use sugar from the carbs in food for energy. It is also thought to be the major driver of obesity. If a person is insulin resistant, the cells in the body are resistant to insulin and are unable to use it effectively, which can lead to high blood sugar. The pancreas will then increase the production of insulin, which can lead to Type 2 diabetes.

When people are prescribed insulin, they may gain anywhere from ten to thirty pounds as an unwanted side effect. Doctors advise patients to lose weight to get their diabetes under control, but the insulin makes them gain weight. As a person continues to take insulin, their body begins to resist it even more, which in turn means they will have to take more and more over time. Similar reactions occur when a person takes alcohol, nicotine, marijuana, pain pills and other medications: if a person takes these drugs on a regular basis, they will have to gradually increase the dosage to get the same effect as when they first started taking the drug.

Their body is building a resistance or tolerance to the drug the same way a person will increase their resistance to insulin. The pancreas will produce less and less insulin, prompting a person to increase the amount of insulin they have to take, causing them to gain even more weight.

The current treatment of Type 2 diabetes focuses on lowering blood sugar by administering insulin, which just treats the symptom. In actuality, Type 2 diabetes is a disease of insulin resistance. Instead of making things better, this method of treatment causes the disease to get worse.

Calorie restriction. In today’s society, the widespread belief is calories cause weight gain, and if a person limits their calories, weight loss will occur. While a person may lose weight initially, it is estimated these diets have a nearly 98% failure rate. When a person attempts to cut calories, the following pattern tends to emerge:

Countless studies indicate these types of diets tend to fail over time:

Weight loss resistance is not a calorie problem as we’ve been led to believe. Once a person understands that the issues described above are hormonal, they can begin to look for ways to decrease the resistance to insulin, NOT cut calories. And one of the most effective ways to lower insulin is by fasting.

The History of Fasting

Fasting has been used since ancient times for a variety of reasons, ranging from improved physical health, mourning, spiritual vision, to prevent or break the habits of gluttony, and purification of the body and mind. In other instances, fasting was simply a way of life. Previous generations did not have access to food as easily as current generations and often didn’t have the option of eating. Food was gathered by hunting, and that meant possibly eating just once or twice per day.

While modern medicine hasn’t embraced fasting as a viable health option (yet), the practice has been around since the beginning of time. Fasting is known to rejuvenate and revitalize the body. Even animals will fast when they are stressed, ill or feel unease. The refusal to eat is a form of self-preservation to remove waste products and promote healing of the body.

Hippocrates, Plato, Socrates, Galen and Aristotle all praised the benefits of fasting. Paracelsus, one of the original fathers of Western medicine once said “fasting is the greatest remedy–the physician within.”5 The ancient Egyptians also understood how excessive eating causes disease. An Egyptian pyramid has the inscription “humans live on one quarter of what they eat; on the other three-quarters lives their doctor.”6

The following religious and spiritual groups use fasting as part of their practices:

Buddhism. In Buddhism, fasting is considered essential for discipline and self-control.5

Christianity. Both old and new testaments in the Bible mention fasting, and notes it’s not “if” we fast, but “when” we fast:

“And when you fast, do not look gloomy like the hypocrites, for they disfigure their faces that their fasting may be seen by others. Truly, I say to you, they have received their reward. But when you fast, anoint your head and wash your face, that your fasting may not be seen by others but by your Father who is in secret. And your Father who sees in secret will reward you.” Matthew 6:16-18

Hinduism. Ancient Hinduism tradition calls for fasting once a week, consuming only water until the afternoon.7

Islam. Islam calls for fasting during the entire month of Ramadan before the break of dawn until sunset.8

Native American Indians. Fasting was described by a Cherokee priest as “a means to spiritualize the human nature and quicken the spiritual vision by abstinence from earthly food.9

Today, the philosophy on eating is the polar opposite of the ancient practice of fasting: We have gone from an average of eating three meals a (day, breakfast, lunch and dinner) to eating five to six meals a day: breakfast, a snack, lunch, snack, dinner, and another snack. A recent study showed more than half of the adults eat for 15 hours or longer every day!1

The basic food pyramid suggests eating bread, refined grains such as pasta and a minimal amount of fat. For some, “snacks” may consist of cookies, donuts and other sugary, processed foods. This type of eating clearly increases risk of developing insulin resistance and Type 2 diabetes.

Fasting will help eliminate these problems and has many other health benefits as well:

Fasting and human growth hormone (HGH). HGH is a hormone that’s produced by the anterior pituitary gland that promotes growth in humans.

Fasting energy sources. Unlike chronic calorie reduction where a person’s metabolism slows down, a person becomes more energetic because the body switches its energy source from using glucose, which is stored in the liver to using the body’s own fat for fuel. The result is MORE energy, a revved up metabolism, and a higher resting metabolic rate. By using fat for energy, the muscles are preserved, and weight loss begins.

Fasting may be challenging in the beginning, especially if a person is used to eating many times per day. Here are some tips to make the transition to fasting as part of your lifestyle easier:

As a person gets accustomed to fasting, the body gest more and more efficient with every subsequent fast. Fasting on a consistent basis can help restore many of the ailments in today’s society. Cells become more efficient at utilizing fat, which burns cleaner than glucose. Brain fog dissipates, weight loss is easier, and most hormonal problems such as those dealing with the thyroid and diabetes may be eliminated.

Conventional medicine has many benefits for acute health care, but fasting may offer one of the answers to many of today’s chronic inflammatory health problems.